Let’s go ahead and talk about Child Custody..

If parents in New York State divorce or separate, by law a judge must decide based on “the best interest of the child” where and with whom their children should live. That is as it should be.

The judge considers many factors in making that decision, for both legal and physical custody, in which, again by law, the “child’s health and safety shall be the paramount concerns.”

A 2021 survey by the National Parents Organization showed 92 percent of New Yorkers believe it is in the child’s best interest to have as much time as possible with each parent and also say they would be “more likely to vote for a candidate who supports children spending equal or nearly equal time with each parent … when both parents are fit and willing to be parents.”

So why don’t our state laws reflect that?

We spoke with Jason Houck of East Berne, who chairs the New York Affiliate of the National Parents Organization. His organization is pushing for changes in state law that would make it more likely, after parents divorce or separate, to have their children spend half their time with each of their parents as long as those parents are fit and loving.

Houck’s organization has produced a report card, evaluating each state on the issue. New York was given an F as one of the two worst states along with Rhode Island.

The report said the grade was assigned because  “New York York has no statutory preference for, or presumption of, shared parenting.”

“it is in the public  interest to encourage parents to share the rights and responsibilities of child-rearing” and both of which would “establish a presumption, affecting the burden of proof, that shared parenting is in the best interests of minor children.”

In service to you and your family, 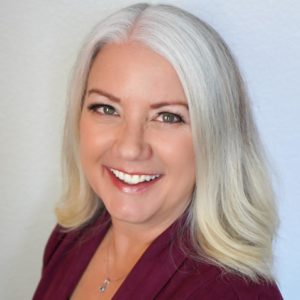 Wendy Perry is an alienated parent due to parental alienation. She started hosting monthly parental alienation support group meetings in 2011. Wendy has hosted various parental alienation awareness and education events. Her meetings and events have been attended by hundreds of people from around the world and have featured top experts in the field of parental alienation such as Dr Richard Warshak and many others. Wendy was the parent liaison to the American Psychological Association and accompanied Dr Craig Childress for the delivery of the “Petition To End The Pathology of Parental Alienation For All Children Everywhere.” She is certified by the Texas Education Agency to train all grade levels of school teachers, school counselors and school administrators specifically on the subject of parental alienation in the state of Texas.

This is an immersive online experience, which gives you a step-by-step roadmap to create or expand a thriving practice. Every module is created by our educational partners and includes extensive pre-recorded video content, printable guides, interactive assignments, and community activities.

California Penal Code 278.5 PC makes it a crime maliciously to deprive another adult of his/her lawful right to custody of, or visitation with, a child. Deprivation of custody is…

It is no joke to put this kind of story out there, a deeply personal one that delves into the close personal space of a…