The challenges of the 2020 Pandemic impacted everyone globally. We all, in some fashion, were touched by the heartbreak of a loved one who lost someone to Covid-19. My sons lost their father, who survived 9 years of life-threatening cancer, yet he unexpectedly succumbed to Covid in an isolated hospital room. It was painful to see my sons go through those emotional spaces at such a young age. At the moment when an ex-spouse passes, the battles of the past become meaningless and are replaced with compassion for the hearts of those left behind who loved them.

What I wanted to share is how blessings show up during uncertainty. Almost immediately after the pandemic was declared my sons had to scramble. They were audio/visual techs in the convention industry and worked at least 50 hours a week. The abrupt shut down of society brought the blessing of slowing down and creative thinking. Each one learned a new skill; how to landscape lawns, change locks for property companies, restore designer tile or install solar fields. One of my son’s jobs shifted to work-from-home with the added stress of a whole new routine.

But beyond learning new skills or a different way of working, each one of them were given the gift of change. It was through the uncomfortable changes that an already-always routine was interrupted and made space for what was possible.

One of my sons suddenly became a stay-at-home dad. It was incredibly frustrating for him at first. He was used to a 50+ hour work week and the money that came along with it. And now he was confronted with a little one-year-old girl who just wanted daddy to hold her. He learned to juggle her on one knee while creating a business plan or searching for work with one hand typing at his computer.

The gift I saw develop was a young man coming to grips with a situation he could not fix. He was used to providing everything, and suddenly had to rely on others. He also decided to use his creative skills in videography to create a video travelogue for himself, instead of just shooting client projects. I think the biggest gift was in the bond he created with his daughter. She got to hold her daddy and let him know she loved him. And he got to see why he worked so hard in the first place.

The son who suddenly had to work from home also had to juggle a new routine for his college classes. The university shifted to remote learning which is quite a different structure from in-person classes. He was one of two sons who earned their bachelor’s degrees inside of the pandemic. Unfortunately, there was no fanfare or parties to celebrate their accomplishments, but it gave each of them the opportunity to evaluate their lives and the direction it was headed. Afterall, we suddenly discovered which jobs were most valuable in society and which ones were not. The one who maintained his high-paying job chose to trade it for something that would give him the freedom to achieve his dreams of being a NOAA Corp officer.

I have seen so many blessings, not just in my family, but in others. I have seen at least three parents post on social media that their alienated children have returned to them. In the 21+ years I have been in family advocacy, I have never seen so many people share how their families have been restored.

It seems like the common theme that is touching everyone is: reflective gratitude. There are things that we cannot change or fix. It is at those moments that we seek how we can be grateful. And in that gratitude, new beginnings arise.

Family is important. Oftentimes people focus on the role of fathers in the lives of their sons. What benefits will an active, attentive father provide… 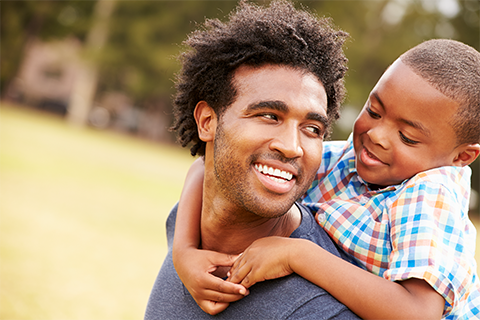 Co-parenting is not an easy task. As much as the whole process affects both sides of the parents, the child is even more affected. Here…

By Danica Joan Dockery, M.Ed. I found that summer visitation was challenging, to say the least. But, it did allow me concentrated time with my… 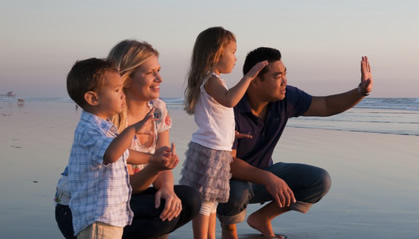 By: Cheryl P. Salvan Divorce is negatively attributed in all aspects but to some, it has some positive side too. In the article “Stay Together…

This month we honor our Fathers who are working hard to be good role models for their children. Unless you have children, you have no…